I didn’t build many legged robots. I have never participated in a competition involving legged robots. I wish I did. Perhaps one day I’ll build a real hexapod or a biped with 18+ DOF. Not from Lego, of course. But I think it will be fun. So here are the only 2 legged robots I have built:

I was heading to BrickFest 2004 and I wanted to do something fun with my Spybot. Lurking the net for an idea I saw Boe-Bot’s hexapod add-on kit and I thought it would be fun to watch. So, I removed the wheels and built the legs. Then I mounted the remote underneath in beacon mode and programmed the robot to detect the range and direction of the reflected signal from an object. The robot would drive forward for some time, then turn randomly. If an object was detected, it will fire it’s laser trying to destroy the object. If that was unsuccessful, it would turn away and resume. 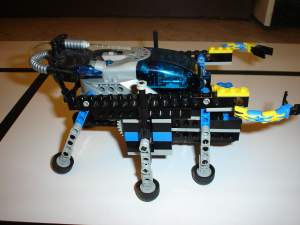 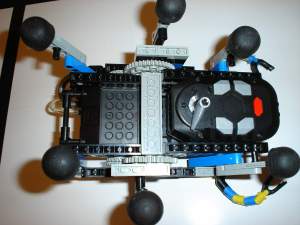 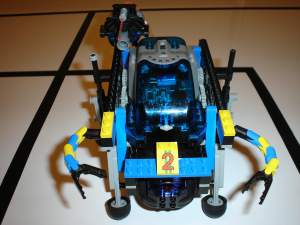 Since I had a small motor laying around not used, I decided to try out a design very popular at the time. A mini one motor mechanical robot. Not much more to say… 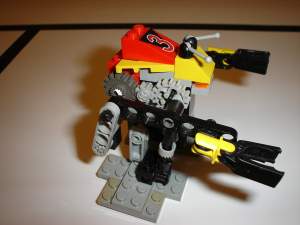